For our newest interview series in the pipeline, ‘Have You Met…’ we will be featuring interviews from a variety of the Caidan rapier populace– new rapier awardees, war bands, new fighters, and more!

Have You Met… Edward the Pink? 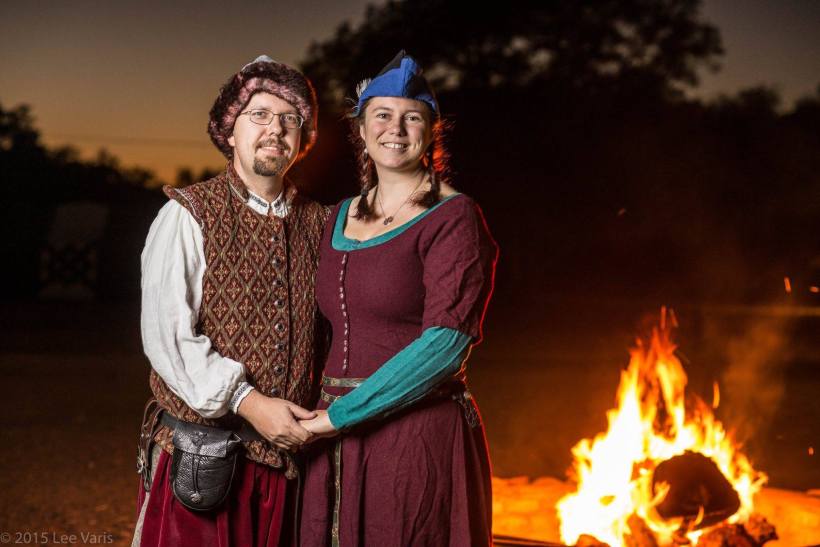 What is your registered SCA name? Edward the Pink

Why does everyone call you Edward the Pink? So… there was an unfortunate washing machine incident. Red doublet, white shirt. It was the morning of a tournament, and I was already running late, so there wasn’t time to do anything about it. I got tagged with the name at that point, and it just sorta stuck.

How long have you been playing? I first started playing around about 2003.

How would you describe your fighting style? I would describe my fighting style as Lefty Gunslinger. Being a left handed fencer, keeping my rapier low & outside changes all the angles of engagement, in a way that I am experienced with, and my opponent typically is not.

What’s one concept in fighting you still struggle with/want to work with? What still needs work for me is single sword. When I first started training in rapier combat, I picked up an offhand weapon almost immediately. What I should have done is to become proficient with single sword first, and only then start integrating offhand items.

What would you like to achieve as an Argent Blade? What does being an Argent Blade mean to you? To me, being inducted into the Order of the Argent Blade generates a feeling of great pride at being deemed worthy by my peers. Of course, in my mind I can’t quite bring myself to believe that I actually am worthy. That means that what I hope to achieve as a member of the Order is to ensure that someone can point me out to a brand new SCA member, and say that he is an example of what a member of the rapier community *should* be.

Why do you enjoy playing in the SCA? What I enjoy most about playing in the SCA is the camaraderie. Sure, I could spend as much time training against a practice pell at home. But I’d much rather be spending that time with like minded members of our community.

Outside of rapier what is your favorite SCA activity/pastime? Once the rapier combat for the day has concluded, I go back to camp and become the resident Isles grill master. It is always entertaining to draw visitors from neighboring camps who come to ask if Edward has made his tri tip yet.

I am a traveler; in a plane, car, or boat when I can afford the ticket and through the pages of a book when I can't. I live in Los Angeles, USA but my heart belongs to Europe and my bucket list is as big as the world. I love getting my nerd on. As my travel buddies can attest, I brake for castles. Hard.

One thought on “Have You Met…Edward the Pink?– Caid’s Newest Argent Blade”